Our journey to Switzerland started with two metro changes to get to the train station, then one 3hr train to Basel and lastly a train change for the 2hr train ride to Interlaken. The highlight of the journey was from Paris to Basel when the train reached 319km per hour. The small town Watson's were watching the speed climb on the screens in the carriages with quite the excitement.

Our accommodation in Interlaken is a lovely B&B run by Tim and Kat an Aussie/Uk couple who have lived and worked in Interlaken for nearly 20 years. "The Aarburg" is situated on the Kleine Aare (River) and has great views over the mountain ranges including the Jungfrau.
The town had a Queenstown feel to it with everything is based around adventure tourism. 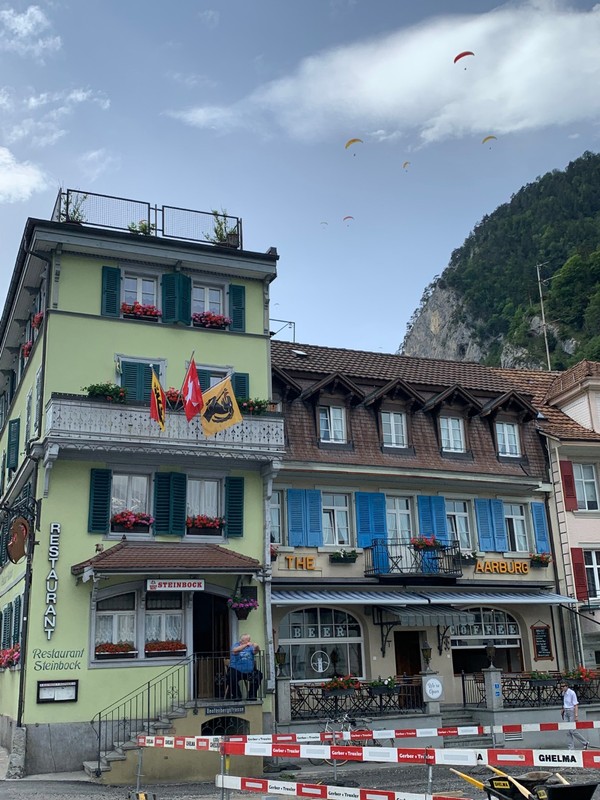 Our first night we decided to have Indian. The town has a huge number of Indian, Lebanese and Arabic restaurants which we discovered later were because of the boom in tourism from those regions. The excitement of a curry soon disappeared when we saw the prices. $40-$45 NZ for a Butter chicken! After looking at another couple of restaurants with similar pricing we had our first realization that this place was going to be expensive.

Our first day in Interlaken we cruised the town and did some shopping. The kids all bought themselves Swiss Army knives. Bella's was $30 with her name engraved on it - $15 cheaper than a butter chicken! You can see where this is going aye.
That afternoon we were booked on a Monster Scooter tour for which we were the only participants. Our guide was Anna another Aussie who has made Interlarken her home. We were driven to a gondola and taken up Isenfluh, Lauterbrunnen. We then got to ride scooters on steroids (big fat tyres) down the road back to where the van was parked. It was a fun activity but perhaps not as out there as we might have imagined. 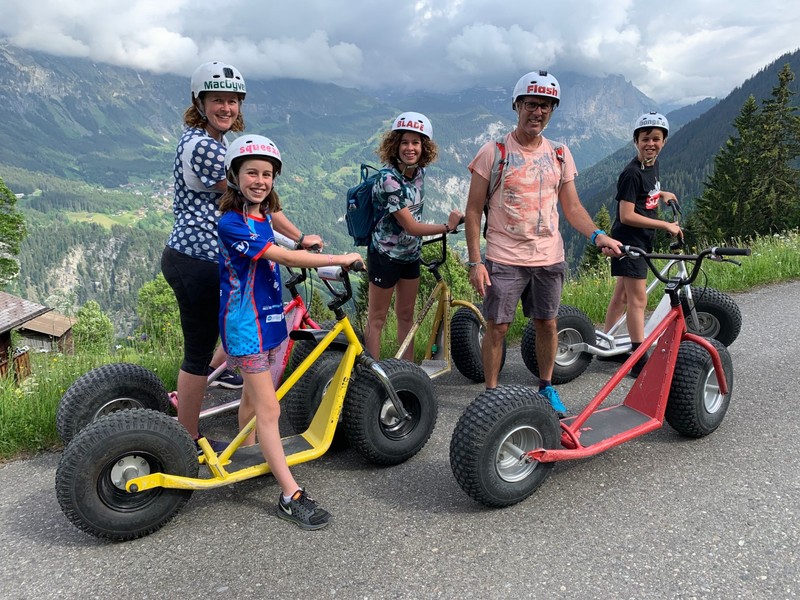 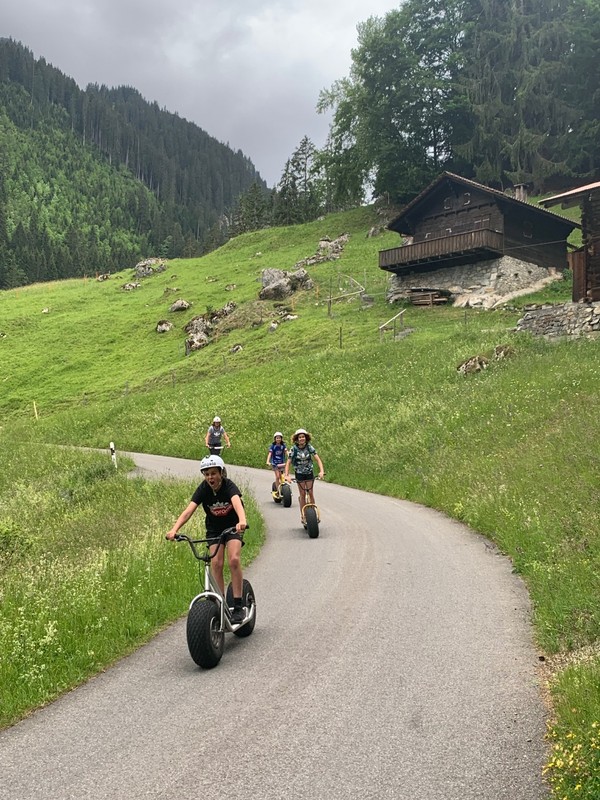 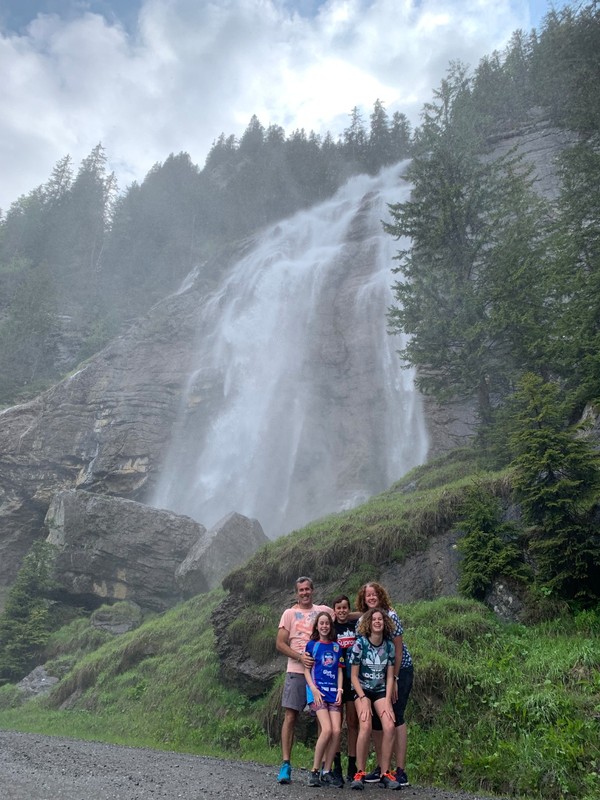 On our last day, we went to the Adventure Park in the morning. Tim from the B&B used to work for them had given us free entry passes which we gratefully used saving us $275. We spent 3 hours there having a brilliant time. There were about 20 different courses you could use all with high ropes and zip lines. The kids went off like monkeys up the trees while Rach and I were more conservative! Just took a little while to have full confidence in the safety mechanisms. 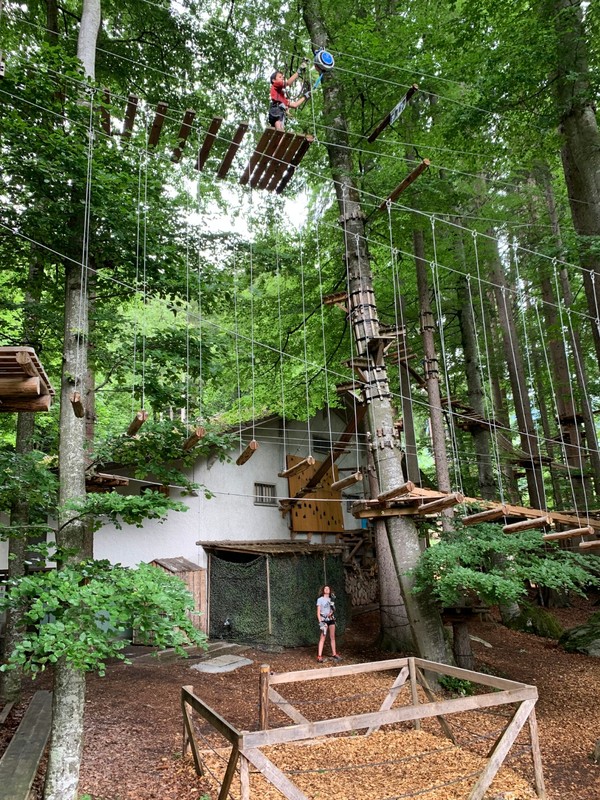 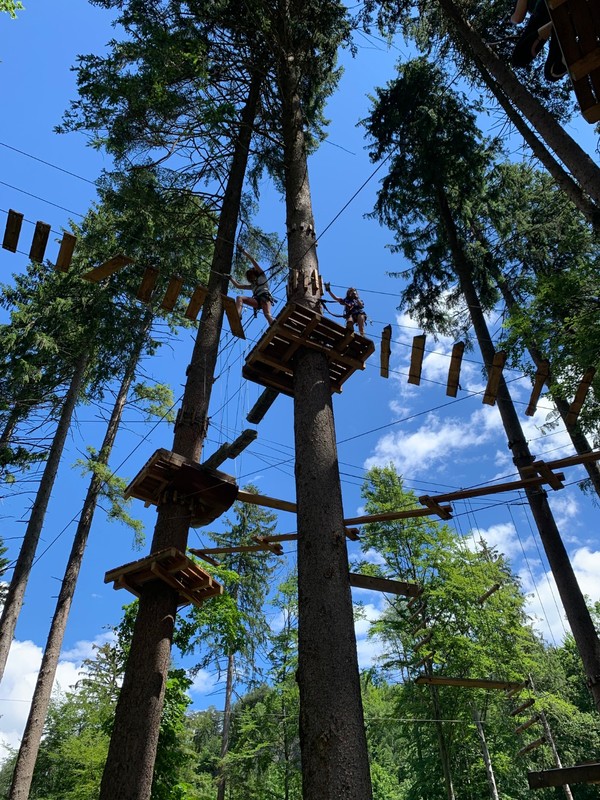 Fun at the Adventure Park

Afterward, we wandered thru town to have a look at Lake Brientz which is located at the end of Interlaken town. The views around the lake and surrounding hills and mountains are stunning. On our way back through town, Rach noticed a small tram heading up a mountain behind us. After checking it out we went up Harderkulm on a tram that goes up a vertical climb of 64% gradient. The views at the top were lovely. 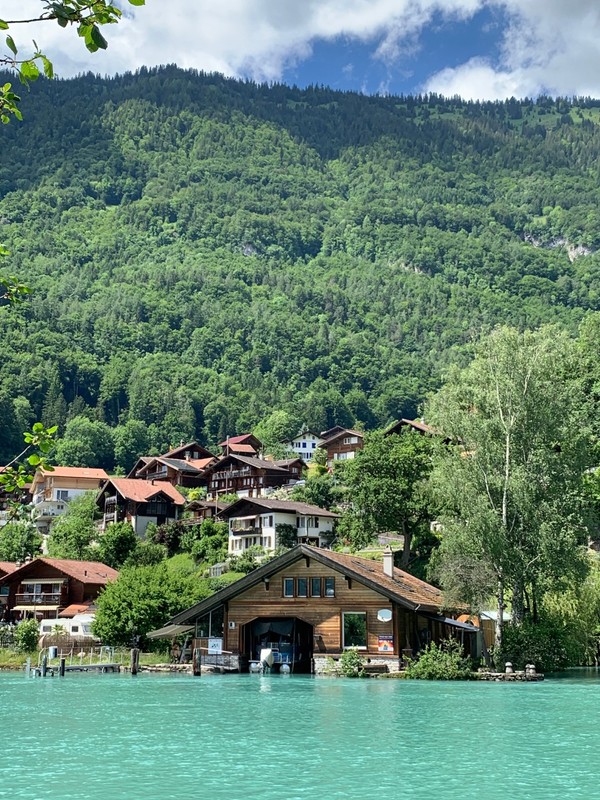 We liked the look of this house with boat parking 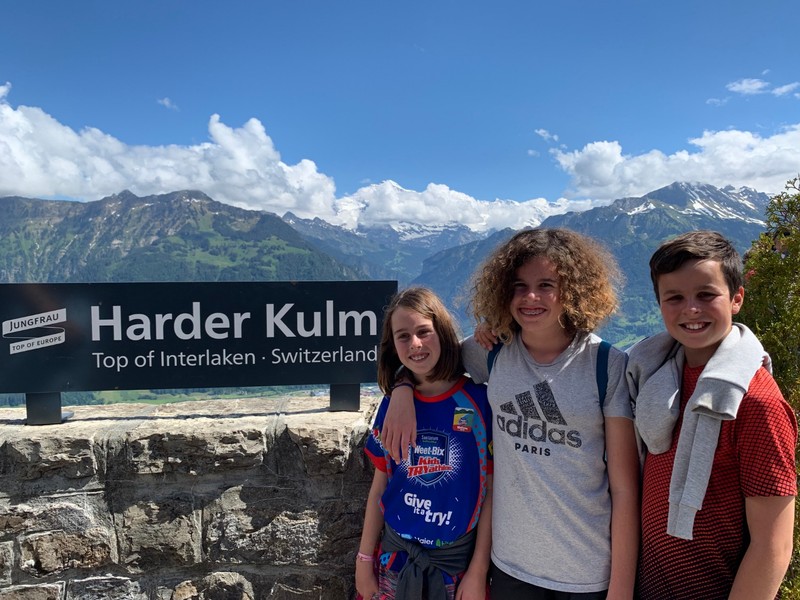 The view of Interlaken with lakes either end

Our time in Interlaken was nice but we felt after Cortina D'Ampezzo we had been spoilt. It didn't have the wow factor of the Dolomites and with the costs, it wasn't possible for the 5 of us to do the activities on offer. For example the train up the Jungfrau $2000, Paragliding $1500 (Angus enjoy!)
I would have loved to do the train up to Jungfrau but after talking to Tim at the Aarburg said it's not worth it and it was covered in cloud most of the weekend we were there. 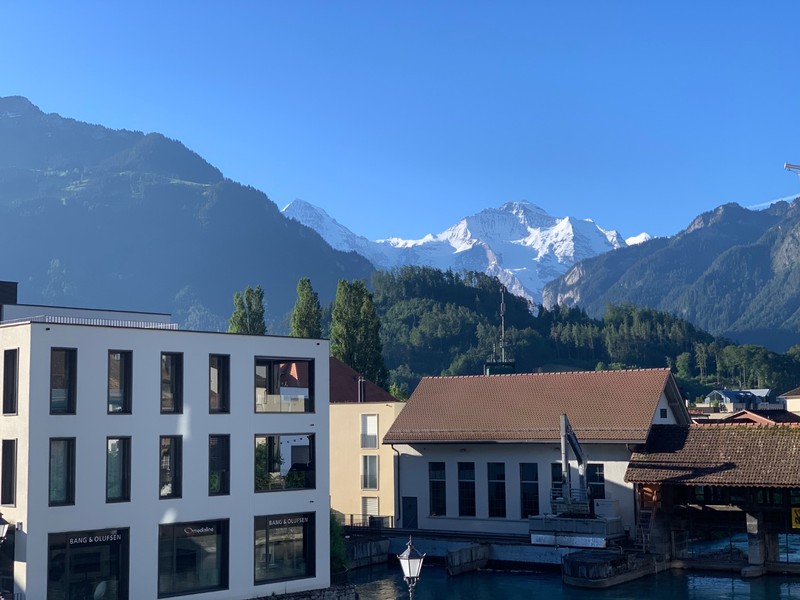 A clear view of Jungfrau on our last morning at breakfast

So that was Switzerland. A brief but enjoyable visit. Last stop Paris before we are homeward bound

Posted by Watson5 08:04 Archived in Switzerland

Previous Next Table of contents

Comments on this blog entry are now closed to non-Travellerspoint members. You can still leave a comment if you are a member of Travellerspoint.

If you aren't a member of Travellerspoint yet, you can join for free.